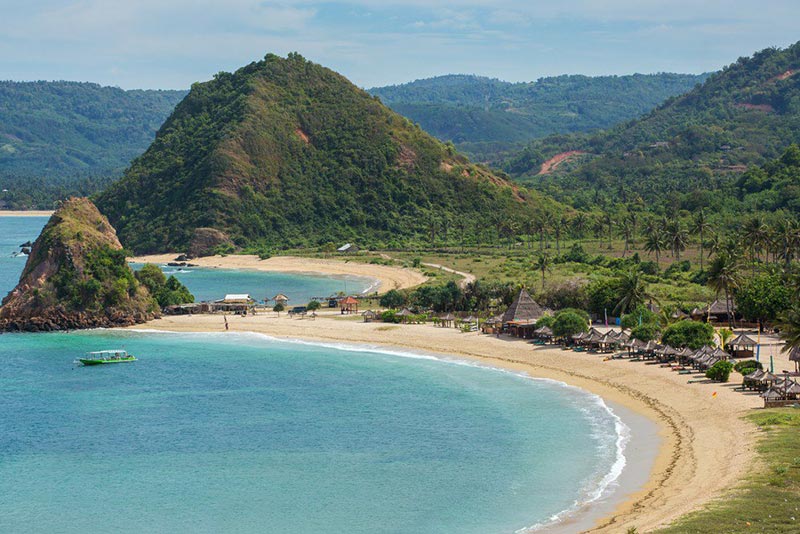 Lombok’s Kuta Beach as seen from above. The beach’s west coast is set to host the X2, a new Mandalika Hotel. Initiated by PT Elmar Mitra Perkasa, the 200-room and 10-villa property will be equipped with a beach sports facility.

The Mandalika special economic zone (KEK) in Lombok, West Nusa Tenggara (NTB), is set to host a four-star hotel in the next two years.  Initiated by PT Elmar Mitra Perkasa, the 200-room and 10-villa property named X2 Mandalika Hotel will be built on a 3.2-hectare plot of land.

“The prospect of this project is very promising, thus we are very interested and serious in our investment of Rp 150 billion [US$11.19 million],” said the company’s director Teddy Yusaldi during a memorandum of understanding (MoU) signing ceremony with the Indonesia Tourism Development Corporation (ITDC) in Central Lombok, NTB, on Friday.

The hotel is located on the west coast of Kuta Beach and will be equipped with a beach sports facility.

PT Elmar Mitra Perkasa is reportedly the fifth company to have made an investment in the hotel industry in the Mandalika KEK. Pullman, Med Club and Royal Tulip are among the hotels currently under construction in the area.