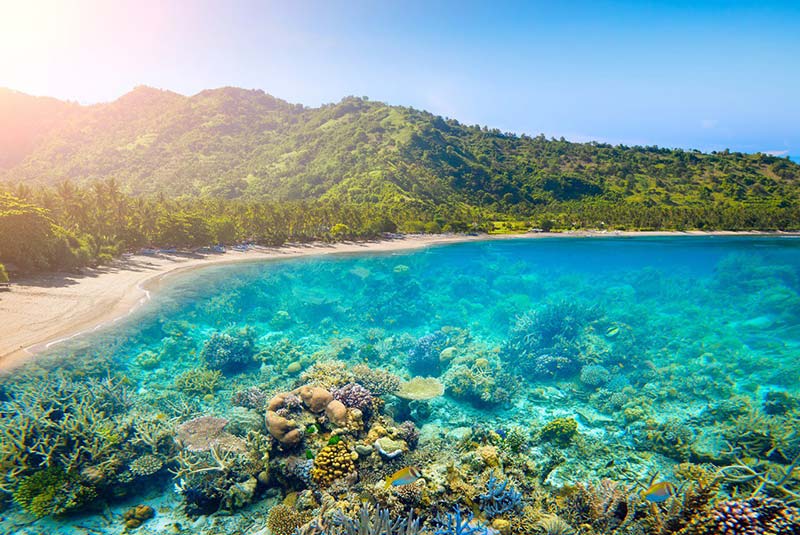 An image of the pristine, underwater landscape of Lombok. Travelers may gain a pleasant diving experience in Lombok or Gili Islands areas in the West Nusa Tenggara.

Minister Arief Yahya said that Lombok needs to differentiate itself from Bali and have its own brand hence the choosing of family-friendly concept for Lombok.

In terms of development, one of the efforts that the ministry has done is improving the Islamic Centre in Mataram, “The target market is countries such as Malaysia and Middle East,” said Arief.

Arief is also concerned with Rinjani, from its waste problem to homestays.

In other news, “the ministry is trying hard for Rinjani to earn the title of global geopark by UNESCO,” Faozal said.