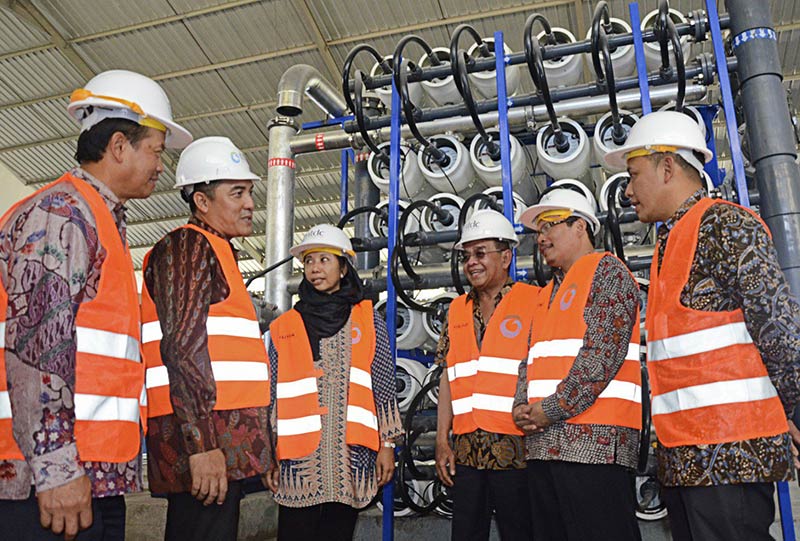 In anticipation of the growing water needs of the huge Mandalika Resort project, a new Clean Water Plant is now under construction in Kuta, Lombok.  The new plant will supply water to both the Mandalika Resort mega-resort and the local community.

In other new, ownership claims by local residents to 135 hectares of land inside the Mandalika special economic zone (KEK) in Central Lombok, West Nusa Tenggara (NTB), pose a challenge to investment in the designated tourism area.

“The 135 ha of land those people have laid claims to and that have not yet been cleared by developers are spread over 31 points, most of them strategic locations along coastlines. This is one of the obstacles to investment the development director of Indonesia Tourism Development Corporation (ITDC), Edwin Darmasetiawan, said on Thursday.

ITDC, a state-owned enterprise, handles the development of the KEK Mandalika, which covers an area of 1,171 ha.

Edwin stressed that ITDC, since 2008, held legal evidence as the holder of a land-use permit for the entire 1,171-ha area, in the form of a capital injection decree issued by the Finance Ministry.

He said ITDC had coordinated with the NTB administration to solve the problem. A team set up by the administration would collect data on land people had claimed. A string of meetings had brought together representatives of NTB and the Central Lombok administrations and the people.

“They agreed solutions on land disputes in several points during the meetings but no solution has been achieved yet in around 13 points, most of which are located in potential investment locations.”  Edwin said ITDC and the NTB administration had sent a letter on the problem to State-owned Enterprises Minister Rini Soemarno.[/fusion_text][/fusion_builder_column][/fusion_builder_row][/fusion_builder_container]