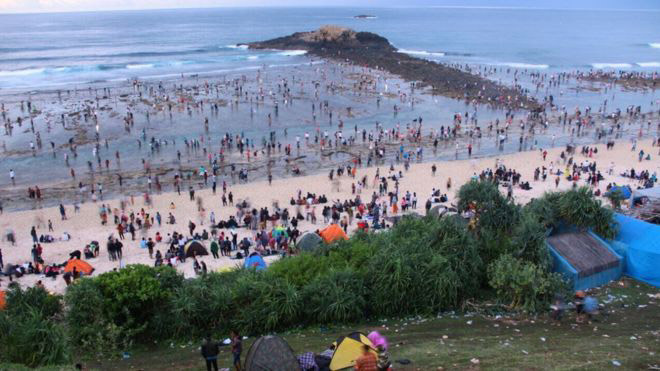 The Bau Nyale Festival is an age-old tradition that is closely linked to the legend of the beautiful Princess Mandalika. The locals believe that the Nyale (sea worms) are sacred creatures that bring prosperity to those who honor them. The belief is based on the legend which tells of Mandalika throwing herself into the sea to bring peace among her many competing suitors, only to re-emerge each year as Nyale, from the waters of Seger Beach in Kuta, Lombok

The locals believe, that the Nyale (worms) are not just sea worms, but are sacred creatures that bring prosperity to those who honor them, or misfortune to those who ignore them. The belief is based on the legend that there once lived a beautiful princess named Mandalika with whom so many princes fell in love with that all were eager to wed her. Competing to win her, they created an upheaval throughout the island. Seeing this, the princess was saddened and longed for peace in the land. To end the chaos, Princess Mandalika threw herself into the sea. Her people tried to rescue her body, but found instead an abundance of sea worms, known today as Nyale. Thus, Nyale are believed to be the reincarnation of Princess Mandalika. 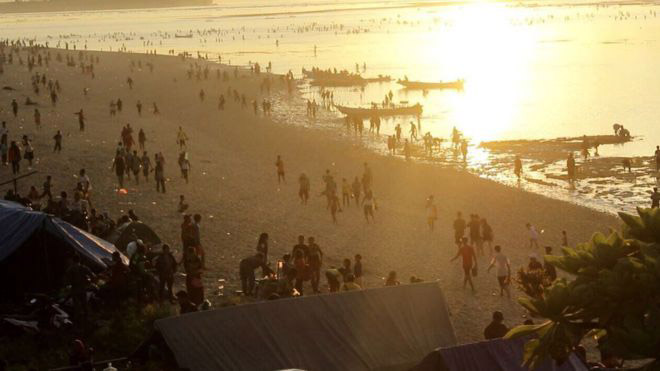 Every year as evening approaches thousands of people gather at Seger Beach to hunt the legendary sea worms, which the legend says are the reincarnation of the beautiful Princess Mandalika.

To this day the Nyale appear once a year on the beach, and are considered as the once beautiful princess who pays a visit to her people. The traditional Sasak communities celebrate this festival each February, according to their traditional calendar. Crowds begin arriving along the coastline of Kuta village in Central Lombok, Indonesia before dawn. Equipped with traditional fishing tools, they catch sea worms along the coast line at Seger Beach.

Before the main event last week, locals also held a traditional music contest and cultural parade. “It is a celebration for us who live here, for Princess Mandalika. We are so glad that a lot of people come to the beach, catching ‘Nyale’,” said one of the locals, Inaq Senah. 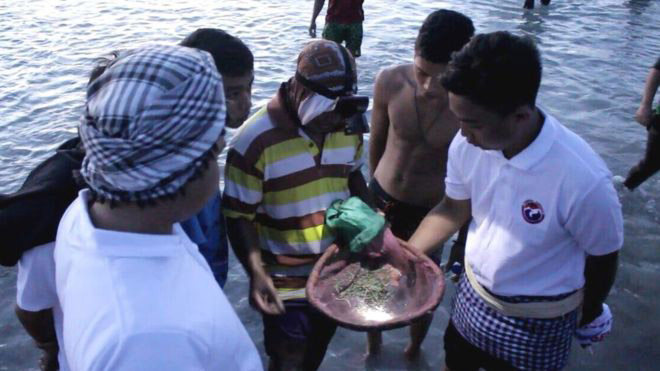 Many locals believe that the multi-colored sea worms are the reincarnation of a princess who drowned herself in the sea. Legend has it that Princess Mandalika was so beautiful that princes from every corner of the country wanted to marry her, causing so much strife that Mandalika threw herself into the ocean to bring peace to the island.

The sea worms come in different colours – green, yellowish, and brown – and look shiny under the light. After catching the sea worms, the locals will cook them by smoking them over a BBQ or steaming them, and then eat them. They believe the worms are a symbol of fertility and prosperity.