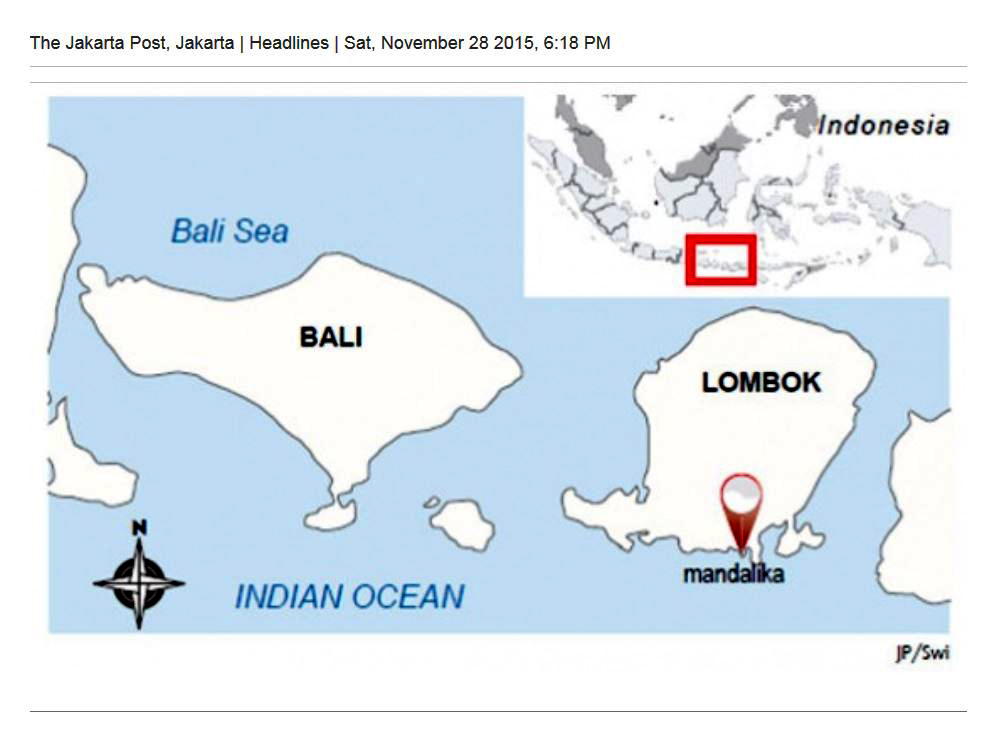 According to an article in today’s Jakarta Post, Edwin Darmasetiawan, the Business and Development Director of the state-owned Indonesia Tourism Development Corporation (ITDC), is quoted as saying that ITDC is currently in the process of securing roughly US$65 million in investments to further develop the Mandalika Resorts project in Kuta, Lombok, West Nusa Tenggara into Indonesia’s “premier tourist destination”.

In the arricle, Edwin further reveals that on December 12, 2015, ITDC will mark the formal ground-breaking ceremony for the new Mandalika Resort Pullman Hotel – the first resort hotel project to commence construction within the Mandalika project. (Those who have been to the Novotel, Kuta recently have seen that in fact, the Pullman Hotel has already begun).

Other Mandalika Resort development matters referred to in the Jakarta Post article include the following:

The Mandalika Resort contains 7.5 kilometers of ocean-front white sand beaches, including Kuta Beach, Seger Beach and A’an Beach (Tanjung A’an) near TOV and is a mere 20-minute drive from Lombok International Airport.  The Mandalika project now has 4 kilometers of recently installed interior roadways and a site office from which the development is managed.

The Tanjung Ocean View owners know that TOV is strategically located on the immediate periphery of Mandalika Resorts, looks down on the Mandalika project from TOV’s higher elevation and was purposely created in this location to profit from price increases resulting from the Mandalika Resorts development. Anyone planning to buy Kuta land, to invest in Lombok or to buy a house or commercial property in South Lombok should bear in mind that prices will undoubtedly rise dramtically as the Mandalika Resorts project moves forward. Invest in Kuta now – don’t wait until prices skyrocket!