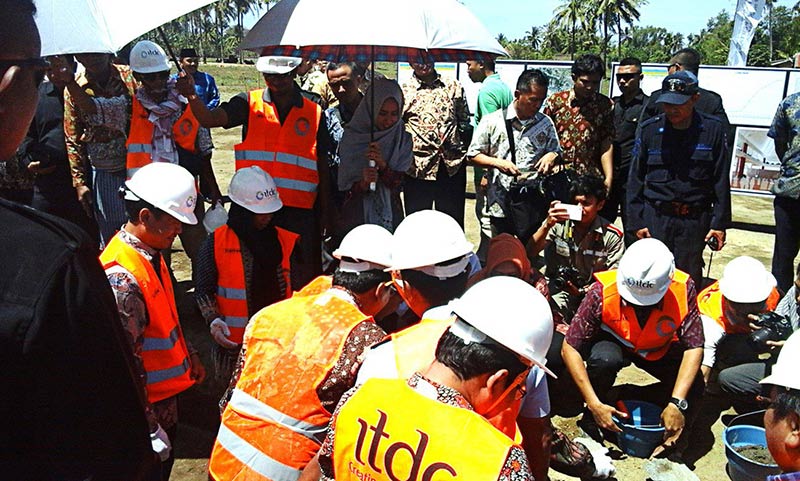 “For the Mandalika tourism area, this mosque is really strategic to support the halal tourism destination concept along with the NTB administration’s tourism program,” he said on the sidelines of the groundbreaking ceremony for the development of Mandalika Grand Mosque inside the KEK Mandalika complex on Saturday.

Abdulbar said the Mandalika Grand Mosque would cost an estimated Rp 28 billion (US$2.11 million) to build. The mosque would adopt the building model of the old Bayan Beleq mosque in North Lombok and have an environmentally friendly building concept, with a total visitor capacity of 2,000.

“This is part of our role to help preserve the culture and historic heritage of the Lombok people,” he said about the mosque, which is to be built on a five-hectare plot of land.

In 2015, the Mandalika special economic zone currently being built by ITDC on 1,175 hectares received Rp 250 billion from the government to start the development of basic infrastructure facilities inside the area.

“We are also preparing 60 hectares of land for the development of a solar-powered electricity plant ” he said, adding that PLTS Mandalika would hopefully start operating in 2017.