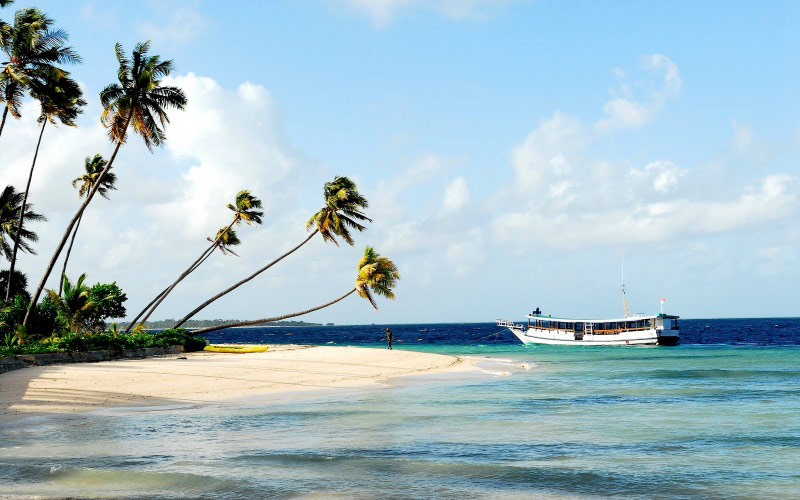 Indonesia tourism is getting a big boost from the government’s robust new “Wonderful Indonesia” campaign. The objective to reach 20 million tourists by 2019 is equally ambitious, with this year’s target at 12 million and last year’s total 9.73 million. To support these targets, the Asian Development Bank agreed to lend Indonesia US$10 billion over the next five years.

Indonesia tourism got another shot in the arm as the government’s ‘Wonderful Indonesia’ campaign (which began in 2011) transforms Indonesian tourism into a vibrant, lucrative, and rapidly growing industry. Alongside national ‘gems’ like the ancient Borobudur Temple, the divers’ haven of Raja Ampat, and the Komodo National Park, a host of new destinations are becoming established – among them Bintan, Maluku, and Lombok.

Tourism is responsible for creating close to 10 million jobs, and last year the government allocated a further Rp.1.3 trillion (US$98.4 million) to promote tourism. That year it contributed 9.6% of total GDP – behind Indonesia’s top earners of oil, gas, coal, and palm oil.

Minister of Tourism Arief Yahya announced that in 2019, tourism would be Indonesia’s biggest foreign exchange earner. By that time, he wants tourism’s contribution to national GDP to have doubled, bringing in US$24 billion annually.

The objective to reach 20 million tourists by 2019 is equally ambitious. This year’s target is 12 million; the total last year was 9.73 million. To support these targets, the Asian Development Bank agreed to lend Indonesia US$10 billion over the next five years.

Business tourism lags behind leisure tourism: in 2014, total business tourists (3.16 million) were half that of leisure tourists (6.27 million). Events like the 39th PATA (Pacific Asia Travel Association) Travel Mart, recently hosted in Greater Jakarta, reflect the potential for business tourism. That event attracted 1358 delegates from 63 countries, and the tourism ministry must work with businesses to bring more events like this to Indonesia in the future.

Business tourism could facilitate the expansion of the hospitality industries, particularly high-class hotels and restaurants (and other venues suitable for conferences and exhibitions). The government recently altered its ‘Negative Investment List’ such that foreign investors have greater access to (and ownership of) strategic businesses – including in the tourism and hospitality industries. Substantial cash injections should boost economic growth, creating more jobs and facilitating more creative enterprise, to ensure Indonesia remains globally competitive.

Travel outside of Bali remains challenging, and the infrastructure is in need of a significant revamp. The government has responded to this increased demand by announcing plans to expand current airports as well as construct new ones. This is an essential strategy: after the upgrade of Labuan Bajo airport, Komodo Island, home of the endangered Komodo dragon, is able to accommodate 1.5 million tourists annually (before, the number was 150,000).

Lombok, in West Nusa Tenggara, is also in the midst of a significant transformation. Mandalika Resort in Lombok is a vast complex being developed by the Indonesia Tourism Development Corporation (ITDC), the state-owned company responsible for the Nusa Dua complex in Bali.

The government has allocated Rp.1.8 trillion (US$138.57 million) to develop Mandalika. Mandalika is now a special economic zone (SEZ), which means investors will be granted tax and fiscal incentives, as well as other business-related benefits; a factor which will undoubtedly encourage the proliferation of hotels, restaurants and bars over the next few years, as well as better and stronger infrastructure. According to the ITDC, it will be ready by 2018.

However, Lombok is becoming known for a different reason. At the 2015 World Halal Travel Summit and Exhibition in Abu Dhabi, Lombok was recognised as the World’s Best Halal Tourism Destination and Halal Honeymoon Destination.

Halal tourism is a growing sector, given the increasing number of Muslim tourists, and as the world’s most populous Muslim country Indonesia is strongly positioned to exploit that industry. The government has officially listed West Nusa Tenggara, West Sumatra and Aceh as Halal tourism destinations.

The government announced it would be targeting more Arab tourists, particularly from Saudi Arabia. Saudi Arabia is the largest tourism contributor to Indonesia from the Middle East, with 147,074 visits in 2014. It was recently added to the list of countries for which visa entry is no longer required. The government also signed agreements with key Gulf airlines, including Qatar Airways and Emirates Airlines, to increase the frequency of direct flights to the archipelago.

Given Indonesia’s determined promotion of tourism, economic opportunity is rife and investors should be aware.