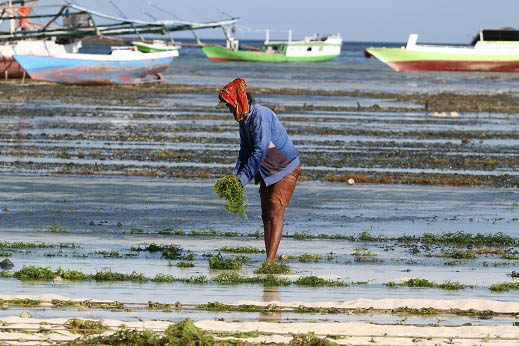 Bandung-based cosmetics manufacturer Ocean Fresh has kicked off construction on a seaweed processing plant in West Lombok, West Nusa Tenggara (NTB), to benefit from the abundance of raw materials available in the area.

The firm’s founder and owner Linawati Hardjito said on Thursday that the plant would use seaweed cultivated by local farmers to make cosmetic products to meet the demand from hotels in the province.

“The cosmetics market in West Nusa Tenggara is big because tourism in the province is expanding, and the demand from hotels for products like soap and body scrub is also high,” Linawati said.

Construction of the plant is expected to finish by the end of this year and will employ local residents.

Ocean Fresh, which manufactures cosmetics products under the brand Segoro Algae, has been building a partnership with seaweed farmers in Sumbawa and West Sumbawa since 2015.

The head of cultivation at West Nusa Tenggara’s Maritime and Fisheries Agency, Sasi Ruswandi, welcomed the plant, saying that it would encourage the use of seaweed in products other than food.

“Our farmers still struggle with post-harvest and marketing issues. Therefore, the existence of processing plants like the cosmetics factory will be very beneficial,” he said.

Seaweed production is an important activity for fishers in Indonesia. In Lombok, however, it is a major enterprise involving whole village communities in a range of activities from trading to tourism. West Nusa Tenggara, a key seaweed production center in Indonesia, annually producing 1.2 million tons of seaweed, most of which is sold overseas.