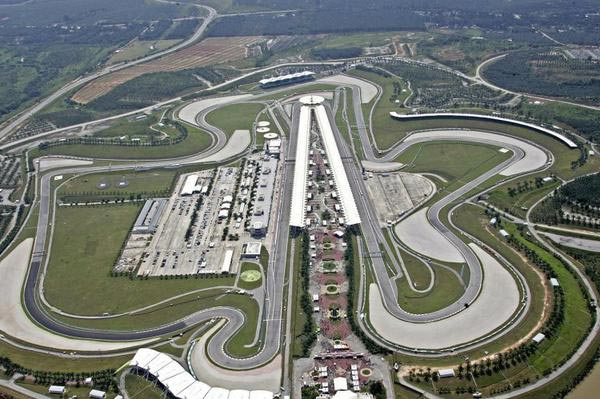 An agreement between France’s Vinci Construction Projects and the Indonesia Tourism Development Corporation (ITDC) to build a world-class MotoGP racing track at the new Mandalika Resort project in Kuta, Lombok NTB has been signed.

This circuit is a part of the greater plan of PT Development Tourism Indonesia (ITDC) to make the Mandalika project a world class tourist destination.

This circuit, according to Coordinating Minister Luhut, is planned to be built in concert with French investor  Vincy.  The ITDC chief said there are nearly Rp 6 trillion in contributions that will soon be made by the French investors to make the hotels and the Moto GP circuit. 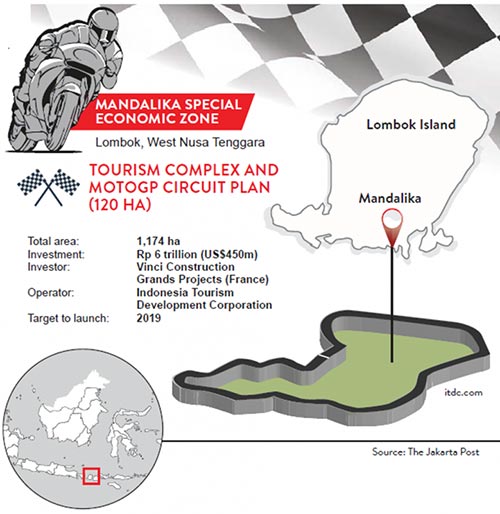 Rendering with information on proposed new MotoGP racing track to be built at Mandalika Resort project in Kuta, Lombok

To the Governor of NTB and Coordinating Minister Luhut advised that resolution of land issues still needs to be resolved. In addition, he pledged that numerous improvements to infrastructure, education and other projects to benefit locals are in the works. “We do not want to just finish the Mandalika project. We want KEK (Mandalika) employees in the region and later their sons and daughters, to benefit from the project. “Lombok Island is so rich it must be enjoyed equally by Lombok’s own people, not just foreigners and tourists “said Coordinating Minister Luhut.

Coordinating Minister Luhut gave examples of local products that can be sold to the restaurant and hospitality  industries and stated that “much produce and farm products can be supplied by area and sold at the Mandalika project, for example vegetable, eggs, chicken, etc. and he explained further that the Mandalika SEZ development is the implementation of a strategic development of the Indonesian government designed to encourage equitable growth.

“Our strategy is no longer “Jawacentric” but is “Indonesiacentric” and growth outside Java is important.  “Whether this country does well or not  is completely dependent upon the choices and decisions we make today,” concluded Luhut.