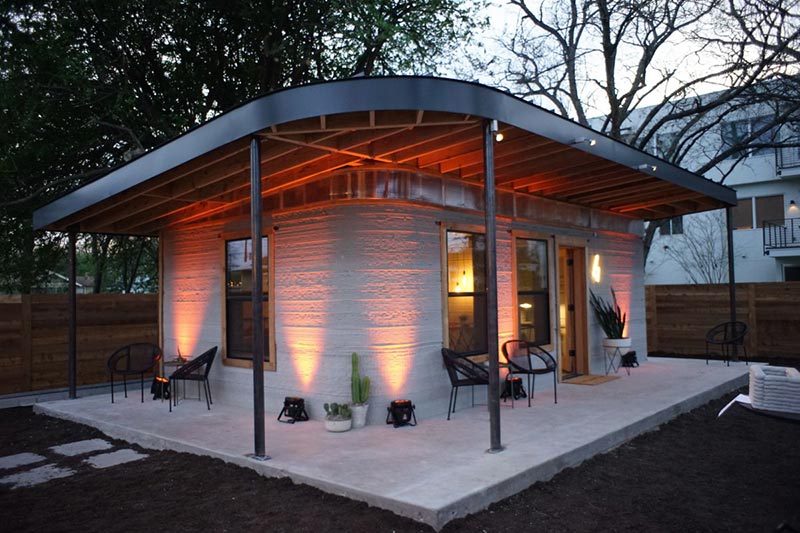 Icon’s 3D-Printed House was spawned from the desire to provide inexpensive shelter for the 1 billion people on the planet that don’t have a place to call home. Indonesia may employ this technology to reach its houseing goal of 1,000,000 new homes per year.

As Indonesia targets one million homes yearly, the Minsitry of Public Works and People’s Housing admits not yet being able to reach the magic million.

The million homes program (known locally as PSR) earmarks 70% of the homes for low-income households (MBR) and 30% to those with higher incomes (non-MBR). This is a much needed initiative as Kompas claim there is a backlog of some 11.6 million homes that still need building.

To facilitate this, Indonesia the government already has aspects of funding and subsidies in place and is also making the process of licensing and permits easier hoping to encourage central and local governments, developers, private businesses and banks to get more involved.

Gapura Bali recently reported that the National Development and Planning Ministry (PPN/Bappenas) is also looking to use Green Bonds-sukuk to finance the government’s million homes initiative.

Even though red-tape has been significantly reduced and financial incentives are being provided it isn’t all smooth sailing.

In a recent report in The Jakarta Post the Public Works and Housing Ministry were said to have conducted inspections on projects and found many houses had been constructed below standard and, according to the report, they have threatened to blacklist under performing developers as a result.

The Ministry’s financial planning director, Eko Poerwanto told The Jakarta Post “It is regrettable that they did not perform well because the project is to help low-income households to own houses,” adding the government provided the subsidy to ensure houses were of a good quality.

It seems however, there could be a game-changing digital solution.

Merdeka are reporting that President Jokowi is aware of, and talking publicly about, a new technological breakthrough in 3D printing capable of printing a house in 24 hours. “Imagine using 3D printing technology at just about a third of the cost of traditional old construction. We can imagine what kind of revolution will happen,” he was reported as saying at the Jakarta Convention Center recently.

If the costs and time frame of building could be so drastically reduced, while maintaining a consistent quality, resources could then be thrown at the often overlooked infrastructure aspects such as roads, schools, hospitals, waste, water management and energy, particularly alternative energy, all of which have positive implications for local communities.

This would indeed be ‘revolutionary’ and it could help the initiative reach a critical mass.

Merdeka went on to say that Dubai is already planning to embrace this technology. “The Dubai government last year also announced its intention to have 25% of all new buildings in Dubai over the next 20 years built using use 3D printing technology to accelerate the process of construction.”