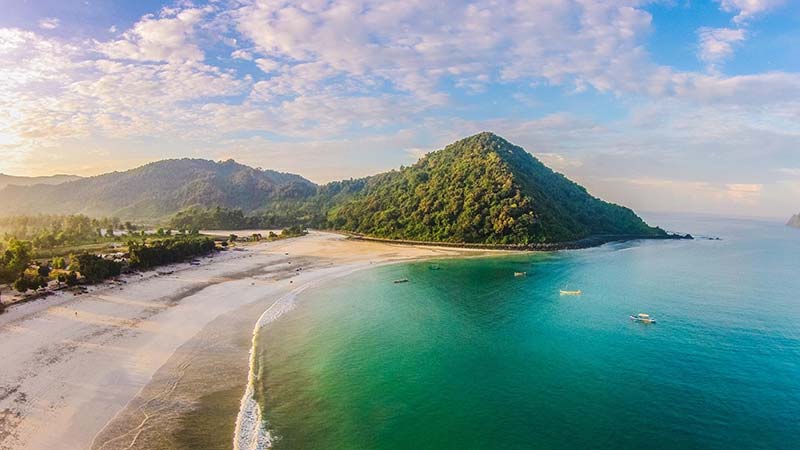 Just a few years ago, exploring the Indonesian island of Lombok, Bali’s eastern neighbor, took a lot of time and patience.

You could travel by boat several hours across the Lombok Straits, and there were also a limited number of flights––a quick 25 minutes in the air and often half a day of travel with airport delays, traffic, and potholed roads that taxis shared with horse-drawn carts, goats, and the occasional wedding procession.

Things have changed. The Indonesian government has thrown its weight behind Lombok, building a new international airport and investing $200 million in infrastructure. And with more of the island now accessible to visitors, developers have set their sights on Lombok’s south coast, where affordable land and increasing tourism offer promising investment potential. 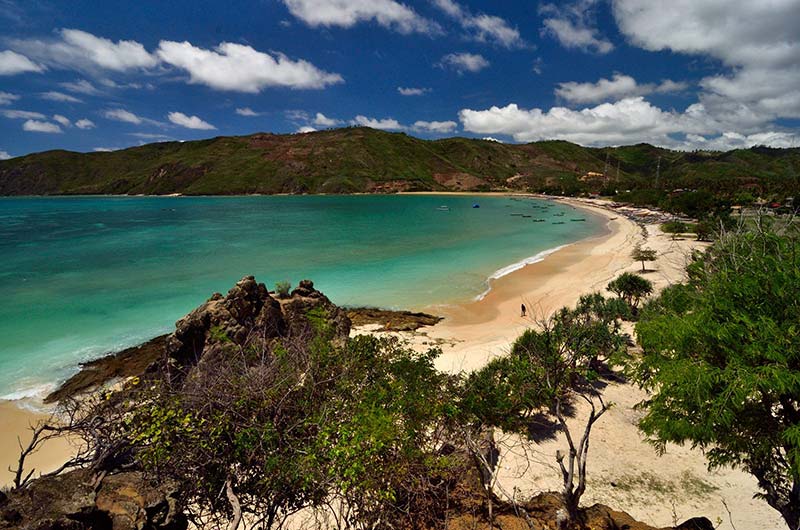 “Right now land prices are a fraction of Bali’s,” says Tobi Doeringer, co-founder of Hong Kong-based development company Private Sanctuary who is developing home sites in Lombok. “On a prime plot of land, you can buy and build a villa for $400,000. In Bali, you pay over $1.5 million.”

While the market’s formative years were characterized by speculative land banking of uncertified hillsides and to a lesser extent, beachfront land, today, reputable developers in Lombok ensure the clearing of land titles and conduct a thorough pre-purchase review. They are also likely to know about the government’s latest plans for infrastructure development, the timeline for a new road, or the extension of fiber optic cables.

The first region to benefit from the new airport and new highway has been the area around Kuta, a village on the southern coast known for its powdery white sand beaches, mountain ranges, and surfing. Previously difficult for visitors to access, Kuta is now reached in 30 minutes via a new highway from the airport. Developments currently under construction include The Mandalika Resort––a large-scale, master-planned resort being developed by the Bali Tourism Development Corporation and the Indonesian government––a Club Med, a Pullman, and a Novotel.

And while prices remain well below Bali’s, they are rising steadily. In 2015, prices across the board were up 10 to 20 percent year-on-year and 300 percent over the four-year period from 2011, says Stewart Strong, managing director at Elite Havens property agency in Lombok. “As the market matures, sizes are coming down, and prices are going up,” he says.

So far, Strong says growth has been focused in certain pockets where localized infrastructure and developments are being constructed. The Mandalika Resort, for example, served as a catalyst for overall market growth in Kuta. Now, other catalyst projects are paving the way for further development, including Selong Selo, a luxury villa project in Selong Belanak.

Selong Belanak, located a 25 minute drive from the International Airport, is the home of the upcoming Selong Selo Residences in the Jabon hills area of Selong Belanak.  It will offer a collection of contemporary villas and resort facilities, including a private beach club, a spa, and tennis courts. 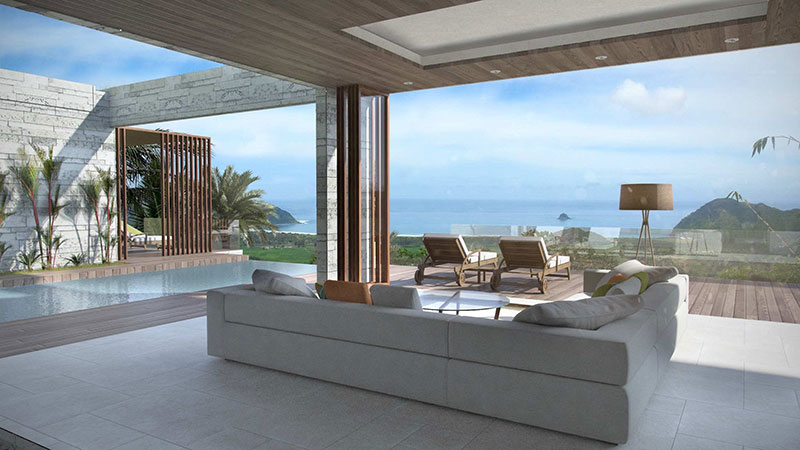 Investors can choose from several investment options, including subdivided plots with basic infrastructure and turnkey Kayu Villas that come fully furnished with two or three bedrooms and 2,443 square feet of open-plan living space. The project is already more than 75 percent sold with remaining villas ranging in price from $424,000 to $503,000.

While the rental market is not as strong as Bali’s, lower land prices lead to an overall higher return. “You make about 80 percent of the rental returns you get in Bali, but for a tenth of the price, so you have a much higher return,” says Tobi Doeringer.

Plus Lombok’s tourism market is picking up. In 2015, there were more than two million arrivals, up from 1.3 million in 2013. The new airport now receives direct flights from Singapore and Kuala Lumpur and recently announced direct routes from Hong Kong and Beijing. And for those transiting through Bali, the days of unreliable prop planes are over. Garuda Indonesia now regularly shuttles 747s between the two islands.