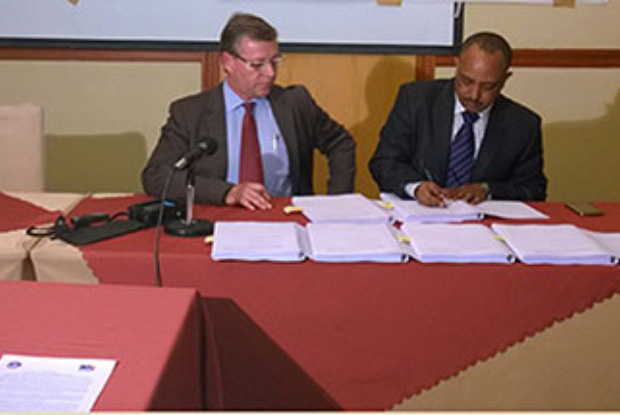 A development agreement for integrated tourism projects in the special economic zone (KEK) of the Mandalika Resort development project in Lombok NTB was signed by Vinci Construction Grands Projects and ITDC in front of Indonesia President Joko Widodo and French President Francois Hollande. The development agreement is reported to include building several hotels and a Moto GP circuit at Mandalika.

Rion-Antirion Bridge crossing the Gulf of Corinth in Greece by French firm Vinci Construction is the longest suspended road span yet achieved on this type of bridge, at 2.2 meters of roadway hanging from four towers.

The French President visited the country earlier this week.

Luhut said under the agreement the French state company would build hotels and Moto GP circuit at Mandalika, which is owned by state owned PT ITDC.  The project will occupy a 120 hectare plot of land in a location that would be the next Nusa Dua, the world famous beach resort area in Bali designed and built by ITDC .

The fund would also be used to build a convention hall to facilitate MICE tourists, he added. He said the construction of the projects is expected to take two years for completion in 2019.