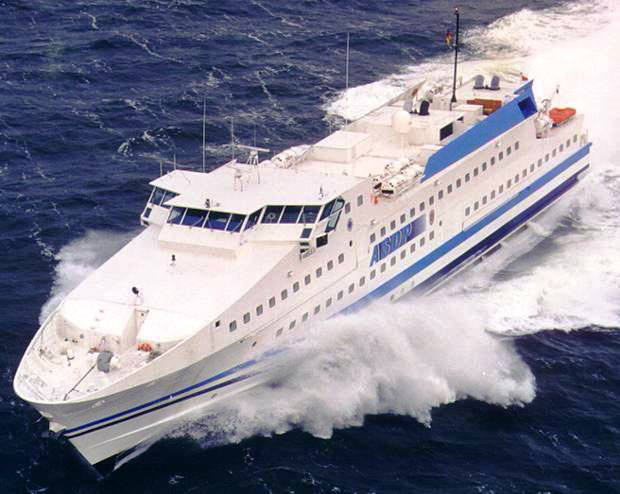 State-owned seaport operator ASDP Indonesia Ferry is allocating Rp 1.9 trillion (US$140.5 million) to finance its expansion plans next year. The firm will spend Rp 577 billion of that amount, about 30 percent, to have vessels of various sizes built locally. Acting ASDP president director Faik Fahmi said that his firm would add 16 ferries to its fleet next year, half of which would be arranged through commercial procurement and half through public procurement. “These sixteen ferries will add to the 139 ships we already have,” Faik said in Surabaya during the recent launch of a new route from Tanjung Perak Port in Surabaya to Lembar Port in Lombok.

Apart from that, ASDP will also use the earmarked funds to improve some of its 35 ports.Faik said that his firm would carry out a study to find out which ports most required renovations to enhance passenger facilities. Currently, ASDP operates 195 ASDP crossing routes covering an overall distance of about 40,230 kilometers. Of them, 143 are new passenger routes and the rest are commercial ones.Out of the total, 53 routes are each more than 160 kilometers long. “Starting from early December, the operation of this new Surabaya-Lombok route will bring our [long-distance] routes to total 54,” Faik said.ASDP said it hopes that the twice-weekly Surabaya-Lombok route would become a major revenue-earner as the route is nine hours shorter than the alternatives.

Current land and ferry transportation from East Java’s capital to Lombok normally takes up to 30 hours. This compares to 21 hours by a non-stop ferry that can accommodate 1,000 passengers and 100 trucks. Faik further said that the firm is considering opening a special route to carry trucks. The truck-based transportation business is expanding by 6 to 7 percent each year, making it a large market to tap into. By using a ferry that has an operational cost of Rp 230 million for each trip, the burden on roads from Surabaya to Denpasar and Lombok, which are used by about 300 vehicles per week, could be reduced.

“Currently, a trip from Tanjung Perak to Lembar by road takes a long time and is expensive because they have to cross the strait twice. However, direct transportation by sea will lower the fees,” Budi said. Cheaper logistics rates, which proponents claim would decrease sharply with the new route, are based on the ASDP calculation that 150 of the 1,500 trucks that travel each day from Java to Bali would continue their journeys to Lombok. Meanwhile, the secretary of the Transportation Ministry’s directorate general for land transportation, Hindro Surahmat, said that the government would provide a subsidy to ASDP on special routes, including the Surabaya-Lombok route.

“We would also review other routes, such as the Jakarta-Semarang-Surabaya,” he said, adding that Surabaya-Lembar would nevertheless be the priority for assessment. As ASDP plays a key role in transportation in the eastern part of the archipelago, the government expects the company to enhance the quality of its ferry services there, including to outer islands like from the Natuna Islands in Riau Islands to Papua.