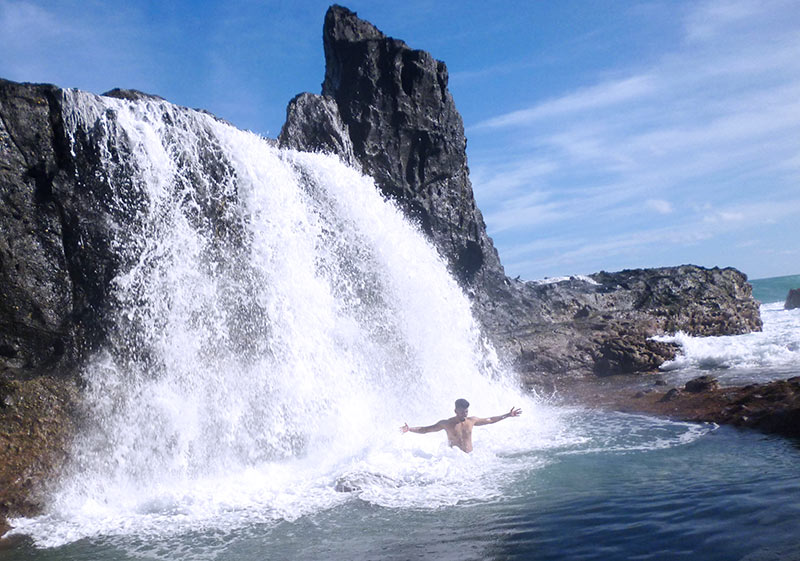 Nambung Beach near Sekotong in West Lombok, with its spectacular salt water wave waterfall, is one of many new lombok beaches being promoted for tourism

New Lombok tourist beaches in West Nusa Tenggara being developed by the Tourism and Culture Agency.

The development of additional beaches for tourists are planned for the areas between Central Lombok and West Lombok as part of a new program to increase tourism on the Island of Lombok.

Mawun beach, Selong Belanak beach, Semeti beach, and Nambung beach are some of the beaches that can be found in the area. In West Lombok, there are Sekotong beach and Mekaki beach.

“We are developing new beaches in the area,” said Head of NTB Tourism and Culture Agency Moh Faozalon Friday. In 2017, the agency receives Rp41.5 billion from NTB regional budget to develop tourism sector.

“We want to meet the target of having 4 million tourists visit the province in 2018,” Faozal said.