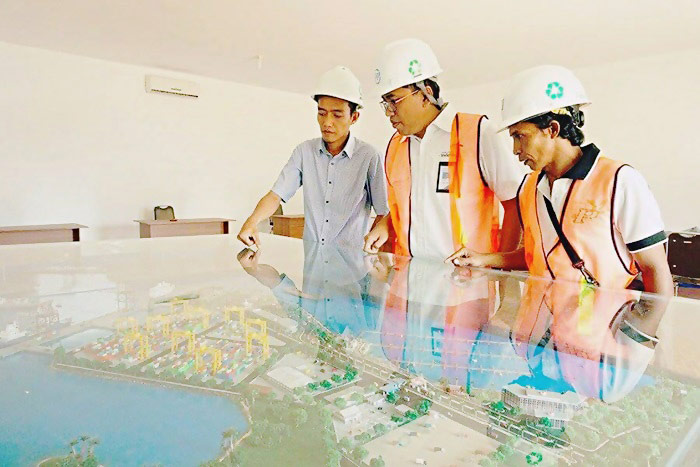 Indonesia Ministry of Tourism, Taufan Rahmadi, said that the Gili Mas Port of Lombok, is targeted to operate in May 2019, will become the largest port area in Eastern Indonesia. This port will be built specifically for giant cruise ships that bring the foreign tourists from various parts of the world to enjoy the beauty of tourism on the island of Lombok.

Leading Lombok investment news today is the announcement of a new Lombok Cruise Ship Port to be built at Gili Mas near Lembar, in southwest Lombok.

“Initially, President Joko ‘Jokowi’ Widodo was scheduled to officiate the project. But, due to the President’s tight schedule in December, State-Owned Enterprises Minister Rini Soemarno and Transportation Minister Budi Karya Sumadi will be attending the groundbreaking ceremony,” Baharuddin was quoted saying on Monday.

The Gilimas seaport will occupy 100 hectares plot of land as part of the extension of the Lembar seaport. “We are targeting that by the second half of 2018, cruise ships will be able to dock at the wharf,” Baharuddin said.

The construction of the seaport will run in four stages with an estimated cost of Rp 1.2 trillion (US$89.50 million), including land acquisition.

Team 10 member of the Indonesian Ministry of Tourism, Taufan Rahmadi, said that Gili Port of Lombok, which will become the largest port area in Eastern Indonesia, is targeted to operate in May 2019. Rahmadi further explained that this new seaport facility will be specifically designed and constructed to all giant cruise ships which bring the foreign tourists from various parts of the world to enjoy the beauty of tourism on the island of Lombok.

In the meeting, said Taufan, GM Pelindo III advised that from 2015 to 1st semester 2017, the number of cruise ship arrivals is 51 Call. The number of arrivals is relatively small, due to the still high operational costs.

“The main cause is the lack of supporting facilities for cruise ships, this is a challenge that is being overcome by the Pelindo III,” he said.
Taufan confirmed that the reclamation process of 11 hectares of Gili Mas land is currently underway.The construction of Gili Mas Pier, which was done in stages, has now been approved for a 440 meter simultaneous dock construction.