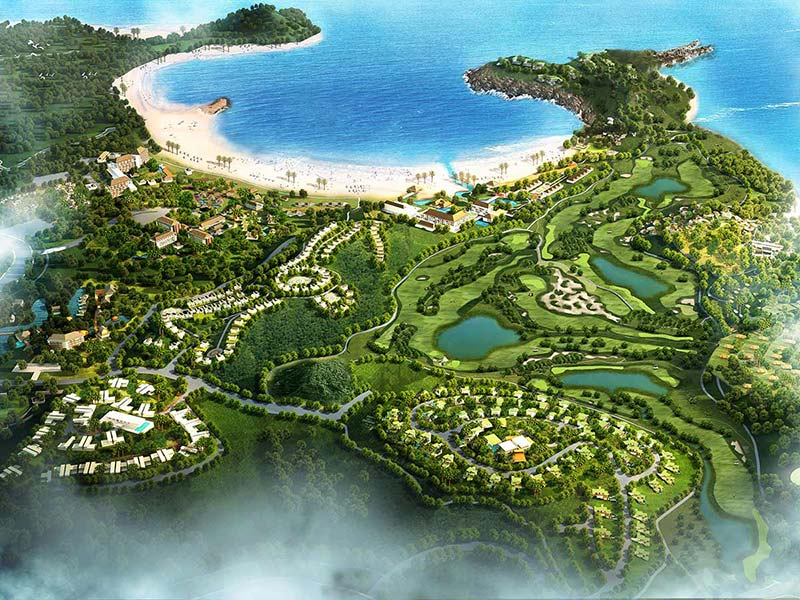 Indonesia Tourism Development Coporation (ITDC) says that the huge Mandalika mega-resort will be open for business in 2018. Many think this is an overly optimistic goal for a project so massive in scale.

The Indonesia Tourism Development Corporation (ITDC) said Thursday that the the mega Mandalika Resort ready in 2018 to welcome tourists by the end of 2018.

The development of the 1,200-hectare integrated resort complex started earlier this year with the construction of infrastructure and the breaking of ground for the first hotel.

“We are aiming to complete the construction of 1,200 hotel rooms in Mandalika within the next two years, while speeding up the development of infrastructure in the area at the same time. We will start the operation of this tourist complex by the end of 2018,” said ITDC operational director Ngurah Wirawan.

Developed and managed by the ITDC, Mandalika is expected to replicate the success of Bali’s luxurious tourist complex in Nusa Dua that is operated by the state-owned company. During this early phase of development, four international chain hotels will be built: a Pullman, a Club Med, a Royal Tulip and a Marriott.

Ngurah said during the construction phase, the company planned to organize some events that involved outdoor activities, including a car rally and aero sports competitions like skydiving and paragliding, with the aim of promoting Mandalika as a new attractive destination.

The government has allocated Rp 1.8 trillion (US$138.57 million) to develop Mandalika, which is one of the 10 areas in the archipelago that have been prioritized for tourism development. The government has also granted the area a special economic zone status, which enables investors to get tax and fiscal incentives, as well as other benefits that would make it easier for them to do business.