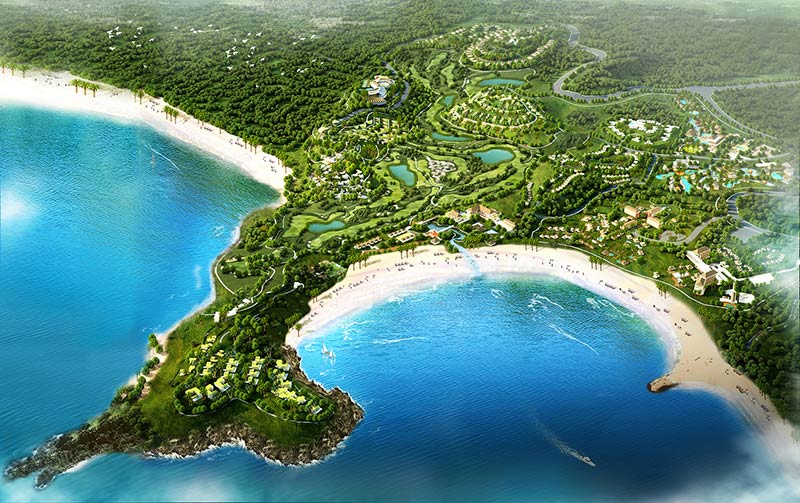 Architectural rendering of a portion of the Mandalika Resort as seen from above A’an Bay. Image from Arch Case Architects website.

At first, construction of the gargantuan 10,500-room project with MICE facilities for 7,000 pax (people) set on a long lonely beach on Lombok’s south coast was hampered by the very thing that made the proposition attractive – its remoteness  and the corresponding lack of roads, electricity and communications; essentially, all critical infrastructure. 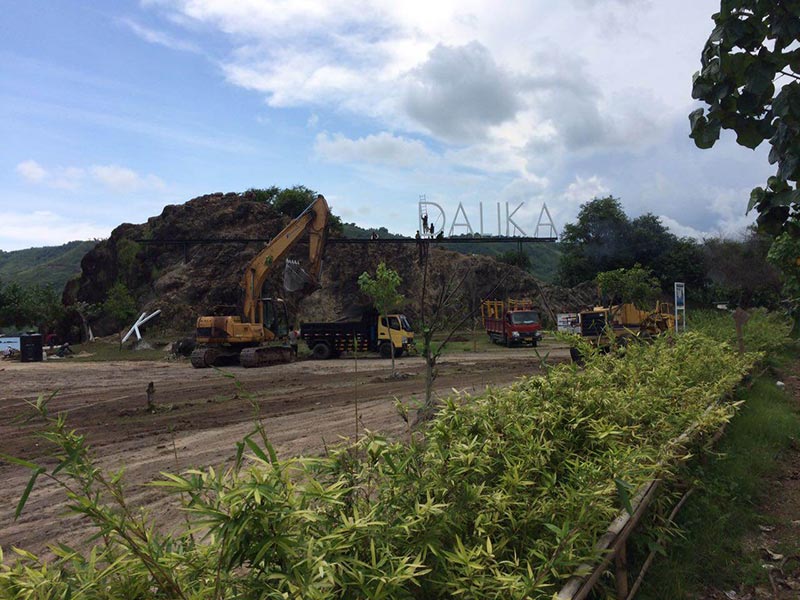 In 2007, the Indonesian Government sold Mandalika to the Dubai Development Corporation for US$240 million. But when the GFC hit a year later and funding dried up, the Emiratis were forced to sell Mandalika back to the Indonesians at a 50 per cent discount.

In 2011, the project was resuscitated by the opening an international airport 20 minutes drive to the north. Now under the stewardship of Indonesian Tourism Development Corporation (ITDC), the group that turned the Nusa Dua land reclamation project into a world-class leisure and convention destination, ground has finally been broken at Mandalika.

American water specialists EBD Bauer is completing a desalination plant. A 211-room Pullman hotel is taking shape, construction of a Club Med is about to start, plans to construct a Moto GP circuit are underway, while properties managed by Marriott and Intercontinental are rumored to commence construction this year. 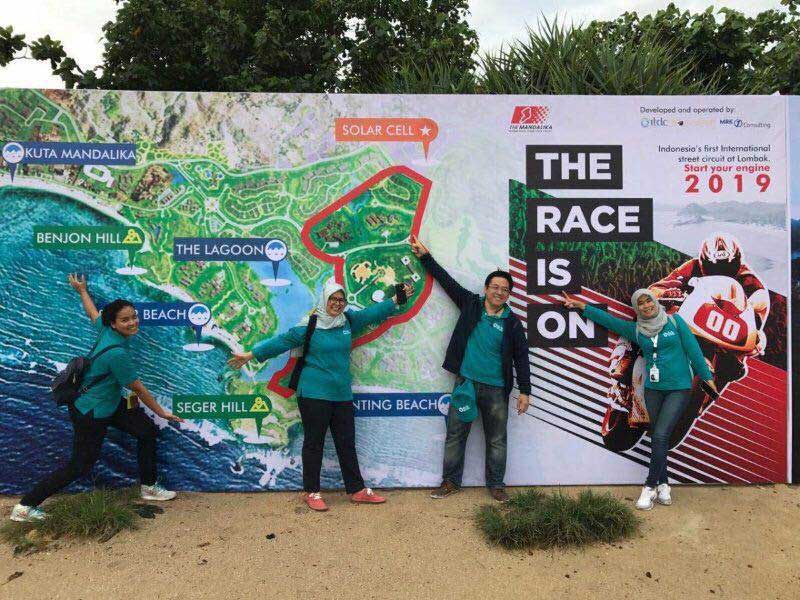 “With these announcements and activity on the ground, somewhere in between 1,000 and 1,500 hotel keys should be available by 2019,” says Chris Berney of NTB Capital, general manager of NTB Capital, a brokerage firm that advises foreigners how to invest confidently in Lombok. “So a lot has happened, with good quality access roads through most of the south coast now and electricity being rolled out, too.”

So should planners looking for an exciting new integrated resort with headline-grabbing facilities like a water park, theme park, equestrian park and a 3,000-hectare nature reserve consider Mandalika for major events as early as 2019?

Looking at the question from a historical perspective, one should think not. Construction delays are part-and-parcel of doing business in Indonesia; Lombok’s international airport is a copybook example. The opening was delayed by years because of problems with site security, theft of construction materials, land disputes and compensation claims from locals. When it finally opened, it still looked like a construction site.

But according to Jason Lim, CEO of Smailing Tour DMC in Bali, an inbound operator that’s brought groups of up to 8,000 delegates to Indonesia, things are changing very fast and for the better under President Jokowi, who visited the site last year.

“I know there have been delays in the past, but ever since Jokowi took over, we can feel a real change and strong push towards tourism,” he says. “And if you look at the team behind Mandalika – ITDC – they are very successful and professional. They have the experience, the expertise, connections, strong government support and the ability to attract good hotel partners. But the next big step,” Lim adds, “will be bringing in people on International flights.” 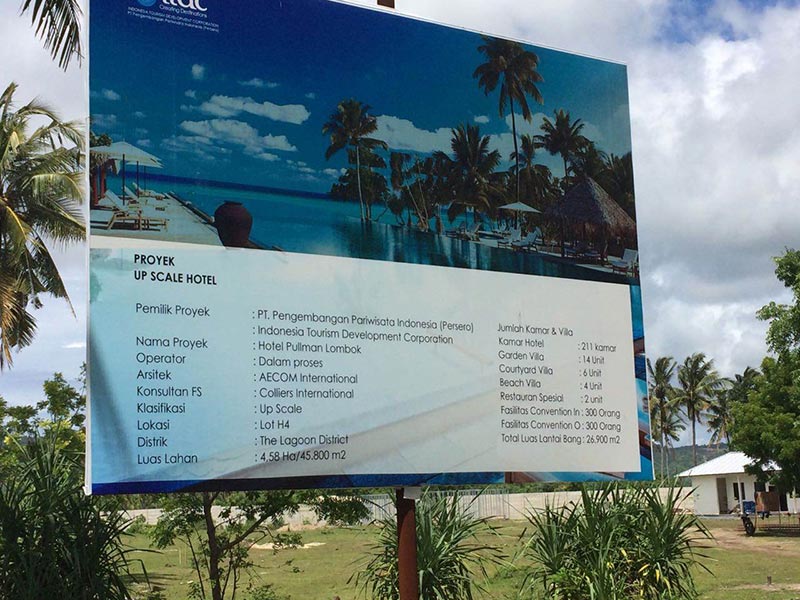 Last year, only around 85,000 of the half million foreigners who visited Lombok arrived via the international airport. That’s because only two foreign airlines – AirAsia and SilkAir – fly directly to Lombok. However Garuda recently confirmed it would launch direct flights from Lombok to Guangzhou, and Emirates is expected to start flying from Dubai to Lombok later this year. Jetstar Australia and Air China will probably follow.

“The airport in Lombok has still not reached the level where it can handle a few thousand passengers at one time,” Lim says. “So I don’t think they will get big groups in 2019. I predict smaller groups as big as 200 or 300 people will visit to start with. It will be a slow burn. But we’re very optimistic.”