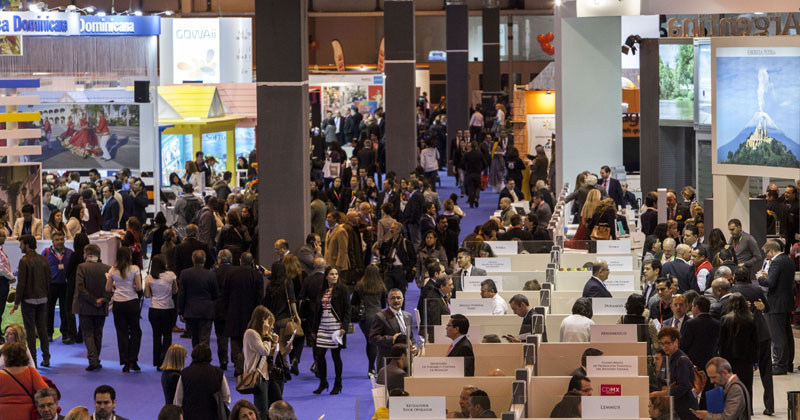 The international tourism trade fair, Fitur, which takes place annually at the Ifema trade fair in the centre of Madrid, has become one of the biggest tourism fairs worldwide and No. 1 on the Iberian Peninsula. In “National Pavilions”, the particularities of regions are presented to visitors of the fair, mainly consisting of decision-makers in the tourism industry, such as travel agencies and tourism associations. The fair is considered the most important gateway to the Latin American market. The event serves as a global communication platform for developing future strategies taking into account the changes in consumer demand and international tourism promotion.

The Indonesian pavilion at the Feria International Turismo (FITUR) exhibition in Madrid, Spain, attracted more than 1,000 daily visitors and secured about 300 transactions from Jan. 20 to 24. The visitors were said to have revealed interest in the 10 tourist destinations highlighted at the pavilion, namely Lake Toba in North Sumatra, Tanjung Kelayang in Belitung, Tanjung Lesung in Banten, the Thousand Islands in Jakarta, Borobudur Temple in Central Java, Mount Bromo in East Java, Mandalika in South Lombok, Labuan Bajo in East Nusa Tenggara, Wakatobi in Southeast Sulawesi and Morotai in North Maluku.

Interesting events such as Banyuwangi Ethno Carnival performances, local coffee tasting and a sweepstakes with prizes that included a trip to Tanjung Puting National Park in Central Kalimantan were also presented to attract more visitors.

FITUR is reportedly the world’s third biggest international tourism exhibition after the Internationale Tourismus Borse (ITB) Berlin and London World Travel Market. Up to 165 countries, 9,605 tour operators and 711 companies joined this year’s event, which was visited by more than 231,000 people.